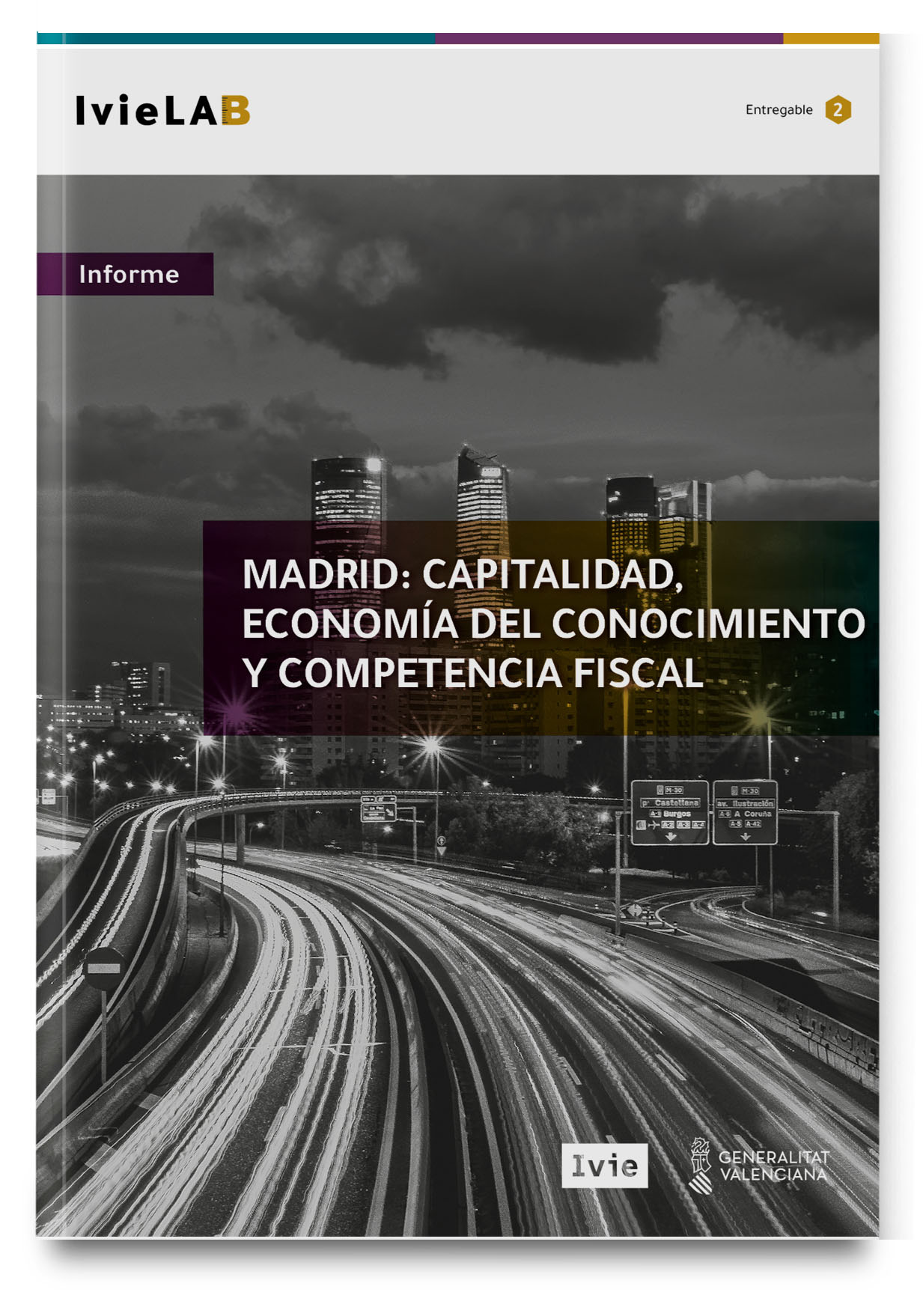 This report analyzes the trajectory of Madrid as Spain’s capital city and how this status has influenced its economic dynamism.  The research shows how the State public sector and the Madrid regional government have contributed with their policies to the continuous increase of Madrid’s population, income and wealth, strengthening the powerful mechanisms of agglomeration generated by private activity.

The report is divided in six chapters. The first four chapters focus on Madrid’s present-day economy, the bases of its dynamism as an international center of knowledge-intensive activities and of highly qualified occupations, and its power to attract human capital, firms and population. While, the last two chapters analyze the role played in the capital’s current dynamics by the State public sector, through the large number of public decision-making institutions and public sector employees located in Madrid, and by the Madrid regional government, through its tax reduction policies.