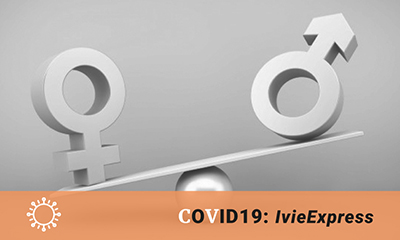 The impact of COVID-19 on employment affects both men and women, slowing down gender equality in the labor market
1 July 2020

For many years already, women’s labor force participation has been inferior to men’s (lower employment rates and higher unemployment rates). Prior to the COVID-19 crisis, employed women had certain short-term vulnerability indices that were more favorable than for men, e.g., lower percentage of women with temporary contracts, less number of self-employed women over total employed women and greater share of women in the public sector. However, the COVID-19 crisis has led to a slightly greater decline in the percentage of women affiliated to the Spanish Social Security system, since the crisis has had an important impact on sectors with high female employment shares. For example, sectors with a significant presence of women, such as hospitality, education and administrative/office activities have suffered falls in the number of members of 9.4%, 7.8% and 7.2% respectively. On the other hand, unemployment rates in the Valencian Community have increased more among men (26.2%) between February and May 2020 than among women (16.3%). However, while women’s unemployment has increased for the third month in a row, unemployment among men decreased in May, as the post COVID-19 recovery may have occurred sooner in male-dominated sectors. Therefore, the recovery of economic activity may contribute to maintaining or even widening the existing labor market gender gap in Spain.

3 June 2020
Javier Quesada: "Spain needs to make a better use of its science and technology system to recover from COVID-19"
25 May 2020
Laura Hernández: “Household consumer spending, one of the economic indicators most affected by COVID-19”
11 May 2020
José María Peiró: "Companies need to prepare themselves and their employees to achieve quality remote work from home"
22 April 2020
Francisco Alcalá: "The economic impact of the coronavirus pandemic is intense, but can be overcome if political groups join forces"