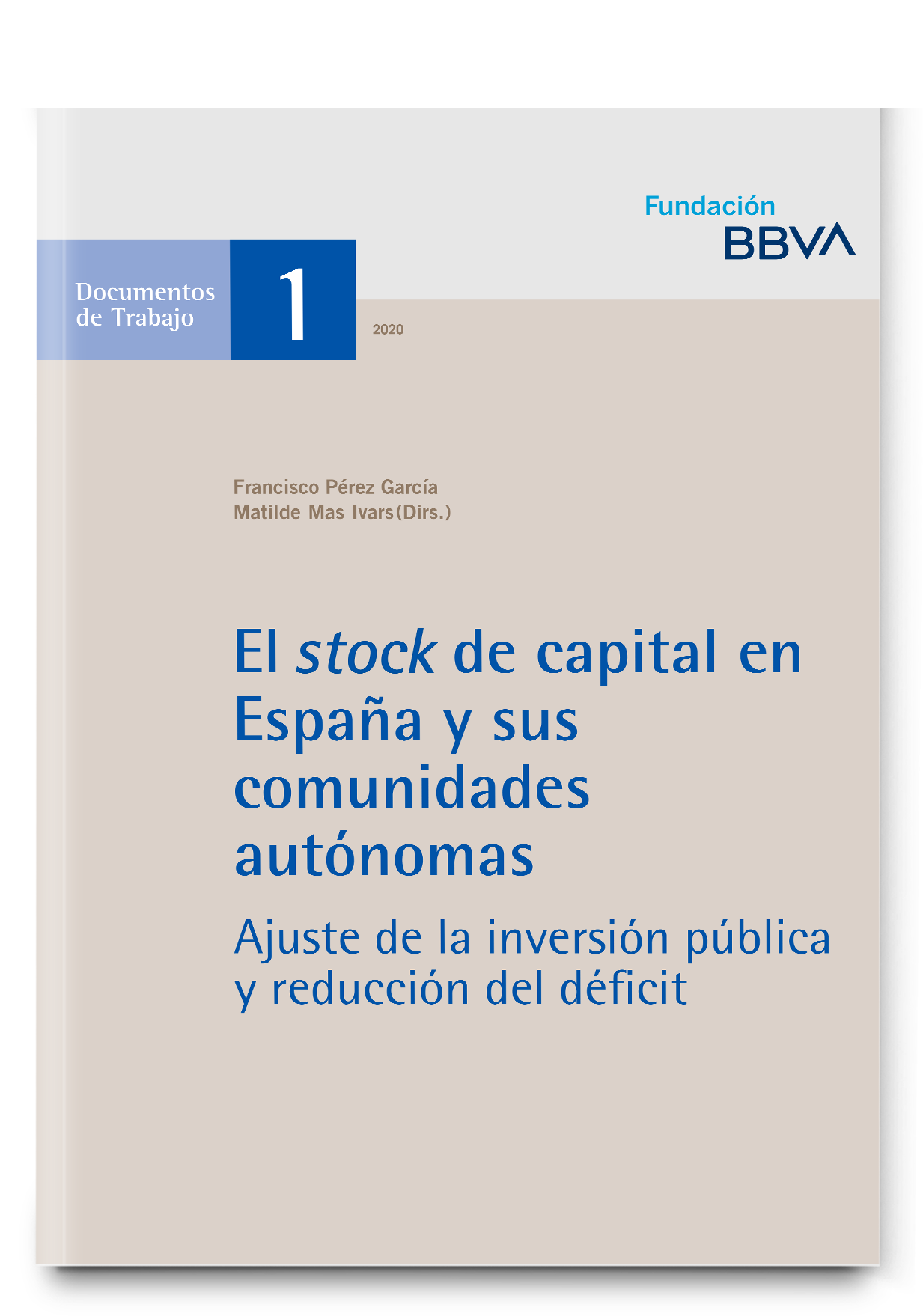 New update of the capital stock and investment series for Spain that is revised annually. This database, developed jointly with the BBVA Foundation, includes data up to 2017. This edition analyzes the evolution of public investment and capital stock at national level since the onset of the crisis.  Although the sharp decline in public investment has significantly reduced public deficit, it has also reduced infrastructure stock and increased its aging. The study analyzes to which extent public infrastructure services have been adequately provided according to the evolution of their demand, as well as the consequences that a long-continued severe adjustment of investments would have during the next decade. Based on this information, the project carries out an in-depth analysis of public capital stock and investment in Spain and its effect on deficit reduction.