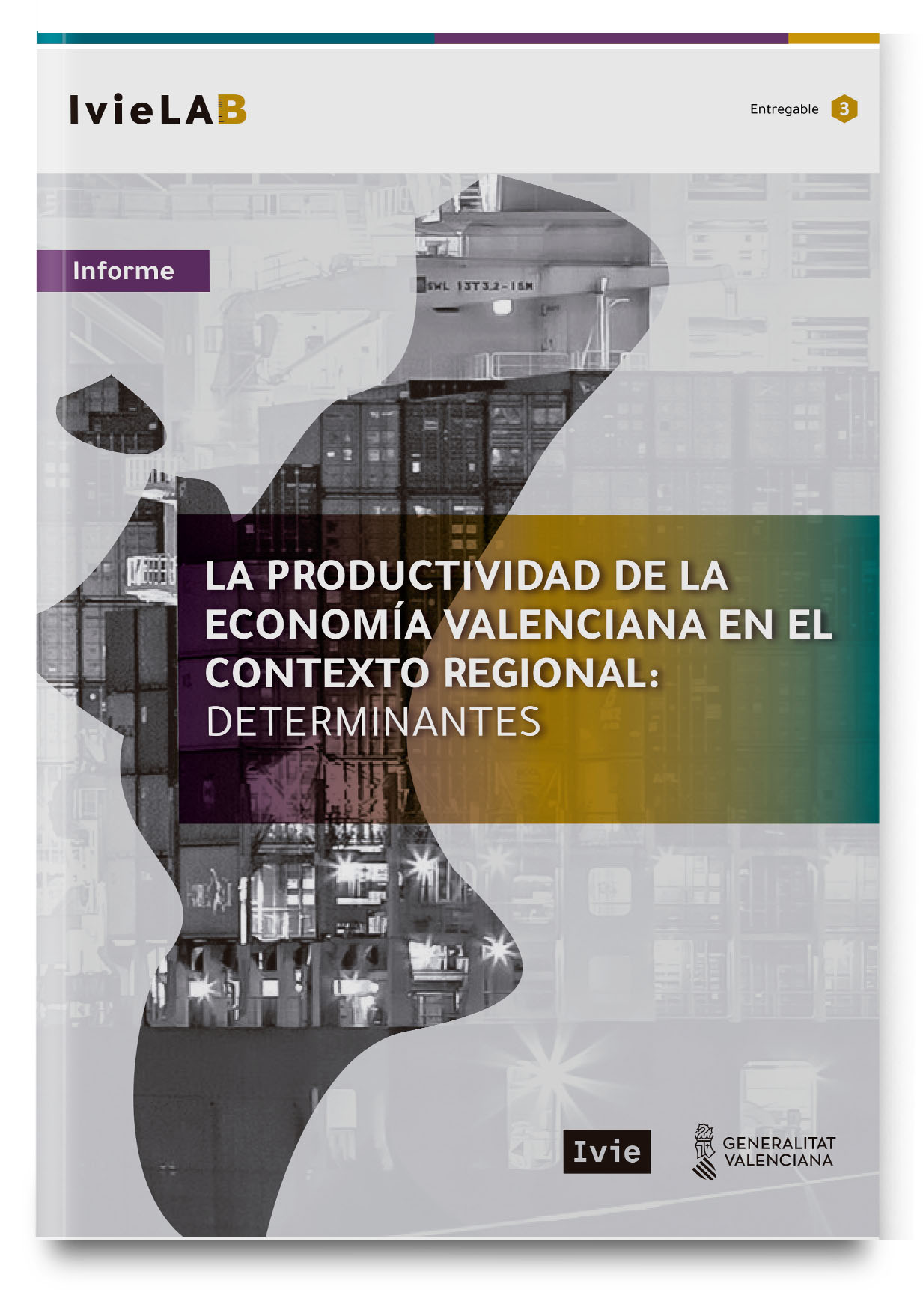 The Valencian Community’s GDP per capita level is below the national average. This is caused by a low percentage of working population over total population and the region’s labor and capital productivity levels (and therefore their combined total factor productivity [TFP]) which are also below the Spanish average.  The report will analyze the influence of demographic factors and productivity in the Valencian region on its GDP per capita level and trajectory. In addition, the project considers the population composition, human capital and investment in the region, as well as the weight of the different types of assets that make up the capital stock, namely, infrastructures and real estate assets versus machinery and equipment, and the importance of human capital and intangible assets (R&D&I, programming, organizational capital). The analysis of TFP takes into account the influence of both the quality of work (human capital) and capital (distinguishing ICT from non-ICT). The study of the Valencian case is carried out using as reference both Spain and the economies of the most productive Spanish regions, including a descriptive analysis and an application of econometric and growth accounting techniques.