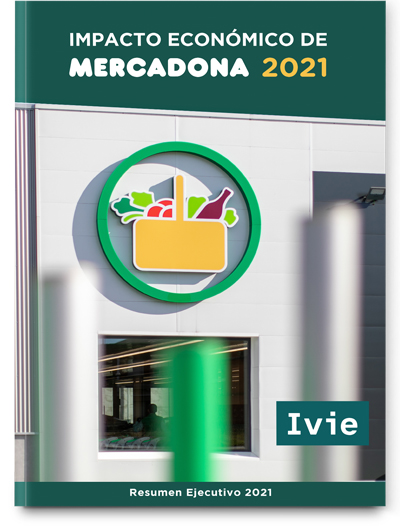 The objective of the study is to estimate the total economic impact generated by Mercadona during 2021 in terms of employment and income (value added), distinguishing among direct, indirect and induced impacts. The economic impact of Mercadona is generated both through its activity or operations (sale of its products) and its investments.

The report estimates the impacts at an aggregate level as well as by sectors. In this way, in addition to Mercadona’s total contribution to the Spanish economy’s GDP and employment, results will also be provided by sector of activity. Thus it will be possible to identify and quantify the sectors or productive branches in which Mercadona (and its supply chain) has the greatest economic impact.

In summary, the report estimates the total impact of Mercadona and its contribution to GDP and employment of the Spanish economy. The report will also estimate the tax return obtained by the Public Administration as a result of Mercadona’s activity. For this purpose, the tax revenues obtained by the public sector through the different taxes associated with production, trade or the generation of income are also quantified.