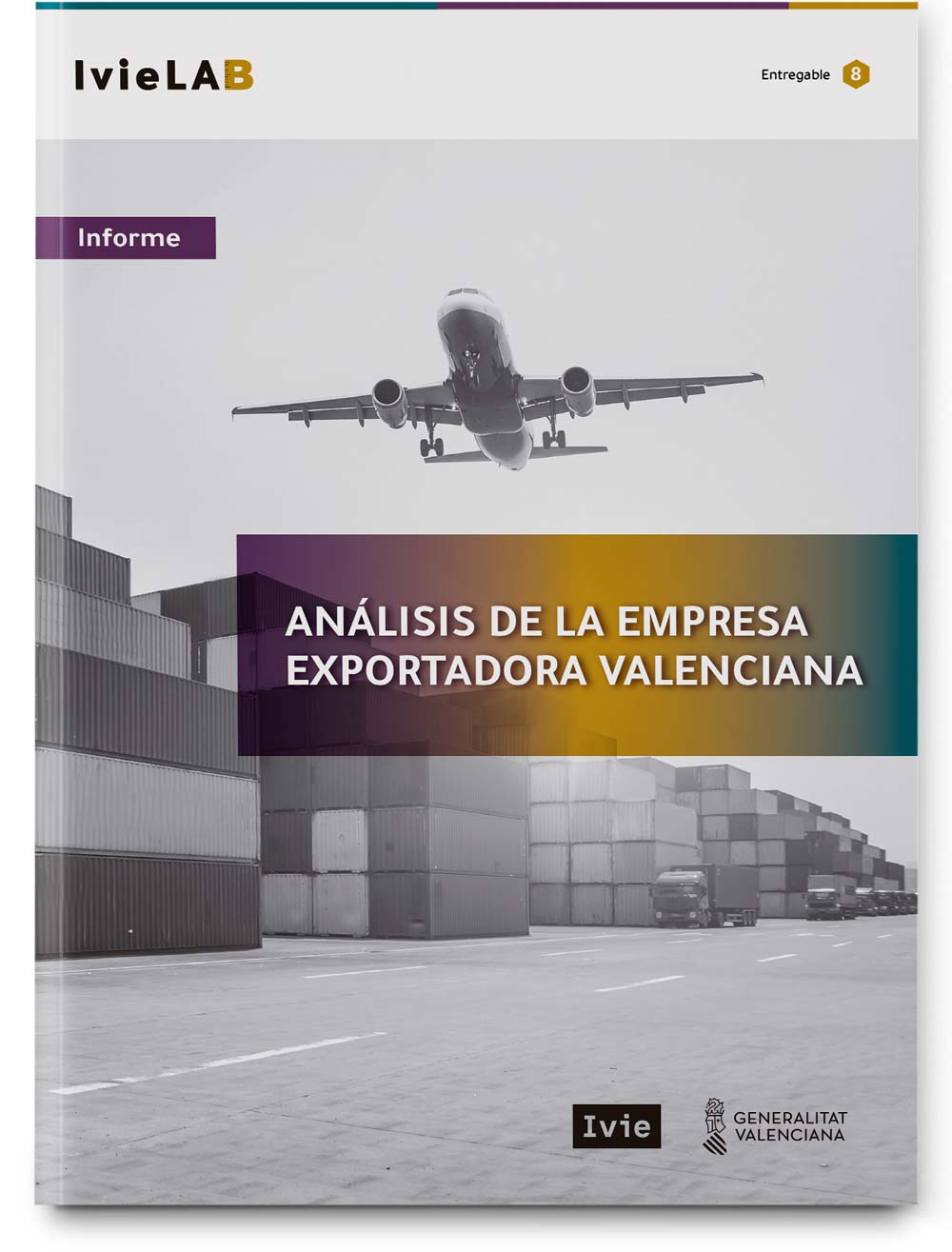 The recent economic crisis has shown how important international trade has been for the Spanish and Valencian economy. Export growth has offset the decline in domestic demand and generated a positive financing capacity (current and capital account surplus), which is vital to reduce Spain’s high foreign debt. The Valencian Community has more than 23,000 exporting companies, 6.6% of the total number of Valencian firms. Their exports represent an important contribution to regional GDP and the region’s competitiveness. This report analyzes the Valencian Community’s exports, its exporting companies and the Valencian subsidiaries of foreign firms, using both macroeconomic and micro or company-level data sources. Its primary objective is to describe the typical Valencian exporting company and its characteristics and strategies, compared to non-exporting Valencian firms and exporting firms in the rest of Spain, to serve as analytical support for Valencian industrial policy.