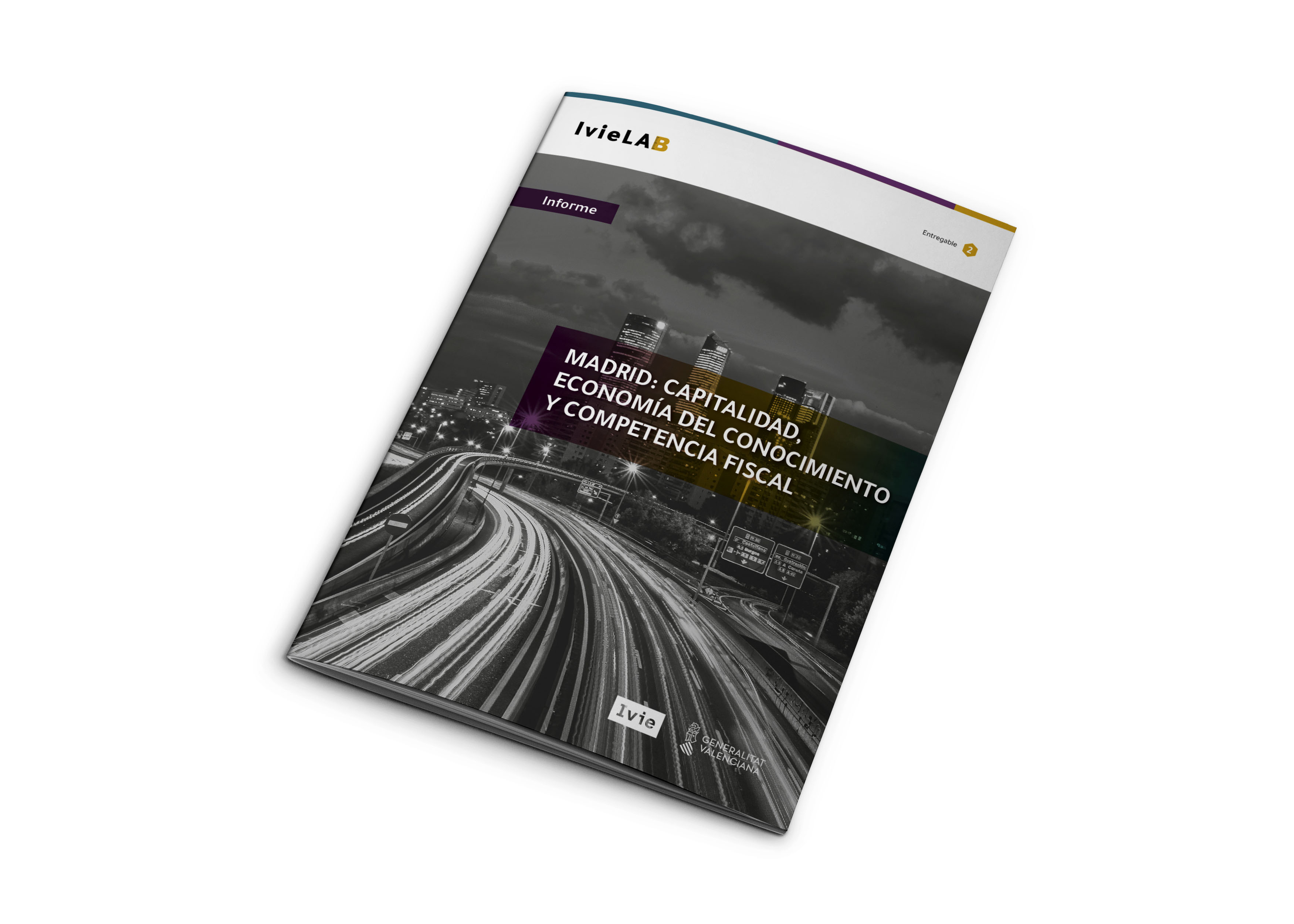 New IvieLAB report: Madrid bases its dynamism on the advantages of having capital city status, knowledge economy and fiscal competition

New IvieLAB document analyzes the agglomeration effects of Spain’s capital city, Madrid, on the economic development of the region, as well as the importance of tax reductions applied to the region and their consequences for other regions

The document Madrid: capital city, knowledge economy and fiscal competition, included in the IvieLAB research program, describes the advantages that capital city status accrues to Madrid in terms of its economic development and how these contribute to regional inequalities. The document analyzes the capital city’s power to attract population and human capital, its tax competition, the role of the public sector, and the concentration of public employment, decision-making centers and large infrastructure endowments in the capital. The research was led by Francisco Pérez, Ivie research director, and Ernest Reig, professor at the University of Valencia and Ivie researcher, with the participation of Amadeo Fuenmayor and Rafael Granell, professors at the University of Valencia, Ivie economist Silvia Mollá, and other members of the Ivie technical team. Madrid is known for its exceptional ability to attract human capital, due to three main factors: its extensive educational offer, its specialization in knowledge-intensive activities, and its excellent national and international communication networks. The dynamism and concentration of large firms in Madrid also attracts human capital. Of the 1,000 largest firms in Spain, 44.5% have their headquarters in the Community of Madrid and represent 56% of this group’s income. In addition, Madrid is home to the country’s ministries, legislative and judicial branches, regulatory bodies, and many of its largest cultural institutions and public research centers. A large part of the activities these institutions carry out could be decentralized if Spain followed the same criteria as Germany or the EU do with their headquarters. However, in Spain these are mostly concentrated in the capital city, thus denying other parts of the country the opportunity to benefit from the dynamic role they play as hubs for knowledge-based activities. Currently, 29% of state public sector employees are located in the capital, a percentage that is twice the weight of the region’s population in Spain. For example, almost 80% of employees in the central offices of Spain’s ministries work in Madrid. Concentration of public procurement contracts Although the private sector is currently an important driver of economic activity in Madrid, the public sector helps strengthen it by attracting firms to the capital. This attraction is also influenced by the large number of public decision-making institutions located in Madrid, as mentioned above, especially the vast majority of the State’s contracting units. In fact, the high number of State public sector institutions located in the capital city is reflected in the number of contracts awarded to firms in the region. Almost 60% of public procurement contracts awarded by State public sector bodies located in Madrid go to Spanish companies with headquarters in Madrid, a percentage that rises to 64.4% if we consider the amounts involved in the contracts. This percentage further increases to over 70% among contracts awarded to large firms. The fact that only a third of public contracts are granted to companies in the rest of Spain reveals a considerable territorial bias, calling into question the unity of the market, which is jeopardized by decisions taken in the very institutions that are responsible for promoting and ensuring this unity. Fiscal competition Another issue that strengthens the capital’s current advantageous position boosted by the public sector is the tax competition policies that the Madrid regional government has implemented in the last decade, which have reduced the effective rates of several important taxes. Madrid stands out as the region that has made greatest use of its regulatory capacity to introduce tax cuts, especially in Personal Income Tax, and more noticeably in the Wealth Tax and Inheritance and Gift Tax. The fiscal expenses these reductions represent are calculated to total more than 4,100 million euros a year, approximately 636 euros less per capita for the population of Madrid. These tax reductions are more easily assimilated in the regional budgets because of the dynamism and the levels of income and wealth in Madrid, since these factors generate a growth of the region’s tax bases that minimizes the impact of tax reductions on the total income of the Autonomous Community. But these reductions are based on the advantages capital status has for this dynamism and they have internal and external consequences. On the one hand, internally they reduce the public income per inhabitant of Madrid and its spending capacity on basic public services, which has a greater impact on low level income groups, who least benefit from tax cuts and use public services, such as education and healthcare, to a greater extent. On the other hand, externally, they imply fiscal competition for the tax bases of other regions, by affecting tax bases such as property taxes, which are more mobile, especially those of taxpayers with higher levels of income and wealth.