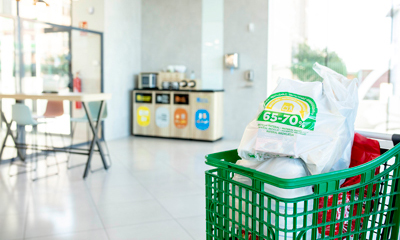 The economic impact report of Mercadona's activity in 2021 developed by the Ivie also estimates the supermarket chain’s tax contribution at 9,007 million euros

According to the economic impact report developed by the Ivie, Mercadona’s total contribution to the Spanish economy in 2021, which includes the impacts derived from operating costs (purchases made to its suppliers, contracted services, wages and salaries and rents) and investments made by the supermarket chain, amounted to 25,172 million euros of income, equivalent to 2.09% of Spain’s GDP. In addition, the activity driven by the supermarket chain directed by Juan Roig, generated and/or maintained 660,751 full-time jobs, which is equal to 3.7% of the country’s total employment.

Although the study directed by Ivie’s Research Deputy Director, Joaquín Maudos, focuses on estimating the economic impact in terms of income and employment (as these are the most relevant variables from a welfare point of view), it also quantifies Mercadona’s impact in terms of sales volume or turnover, which amounted to 82,310 million euros.

Additionally, the report estimates the impact of Mercadona’s activity on tax collection, which resulted in the payment of 9,007 million euros (0.4% less than in 2020). This figure represents 2% of the total taxes obtained by the Spanish Public Administration and is divided between the tax contribution borne and collected directly by Mercadona, which makes a total of 1,955 million euros (of which 1,117 million are taxes borne), and the amounts generated as a result of the indirect and induced impacts that total 5,353 and 1,699 million euros, respectively.