GDP is a good measure of the economic development of a nation or a region but does not accurately measure its well-being, since it excludes items such as the value of leisure time and non-compensated housework. This was the topic discussed at the recent BBVA Foundation-Ivie seminar “The value of household and leisure activities: Does GDP measure human well-being in a digital society?” by experts who analyzed the existing difficulties to quantify the value of non-market activities excluded from national accounts, while providing possible alternatives of measurement.

One of the experts, Carlos Angulo (former area manager of the Spanish National Statistics Institute [INE]), explained how INE’s Time Use Survey is conducted. Although the survey has a database which is very useful to analyze data on household and leisure activities, it hasn’t been updated since 2010 due to its elevated cost.  According to the last year surveyed, the value of non-compensated housework activities was equivalent to 40.8% of GDP.

In addition, Matxalen Legarreta (Professor at the University of the Basque Country)  pointed out some of the general findings of a study on the changes in the distribution of housework tasks over the last 25 years in the Basque Country. She highlighted the large gender gap that exists in households in which women, on average, spend twice as much time as men on household tasks. Digging deeper into the numbers, she added that “if we combine paid and unpaid work, women work on average 7 hours more a week than men”.

Juan Carlos Robledo (Ivie Research Technician) focused his presentation on the evolution of investment and capital in the durable goods of Spanish households and explained that the durable goods owned by the wealthiest households are four times higher in value than that of families in the lowest per capita spending group.

Laura Hernández (Ivie Research Technician), in turn, talked about household equipment, namely, the amount of digital technology available and how it has altered leisure and work activities performed at home. Hernández emphasized that, although access to digitization is high, the largest differences among the different types of households are found in the population’s levels of digital and technological skills that condition how much they benefit from digitalization rather than on the actual equipment available at home.

Regarding the effect of changes in leisure time on the sectoral composition of the economy and recreational services, Xavier Raurich (Professor at the University of Barcelona), used as an example the US where leisure time and the consumption of recreational services are complements and explain the increase in recreational activities. In addition, Alicia Gómez (Assistant Professor of the University of Valencia and Ivie Research Professor) discussed gender differences in time use, underlining that women dedicate considerably more time than men to household chores throughout their lifetime, even between the ages of 16 and 24, and enjoy a less amount of leisure time.

The closing presentation, by Ezequiel Uriel (Professor Emeritus at the University of Valencia and Ivie Research Professor) and Eva Benages (Adjunct Professor at the University of Valencia and Ivie research technician), concluded with the general consensus among experts that GDP is not a good measure of a nations’ well-being. In their opinion, data on household consumption, including activities related to leisure and work performed in the home, would be a better metric than GDP to measure well-being because it most-closely indicates a person’s living conditions. 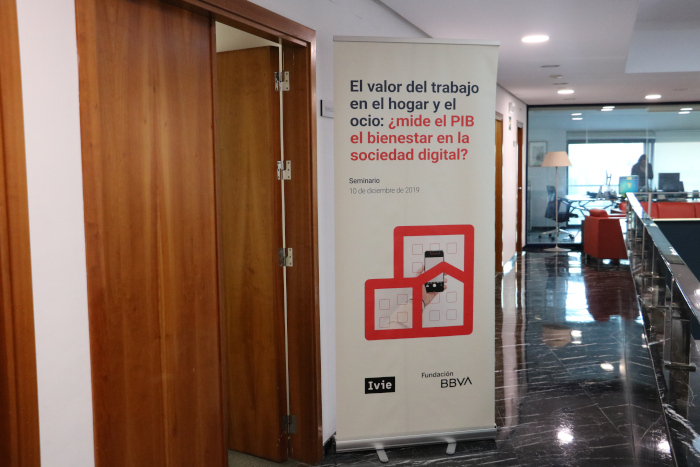 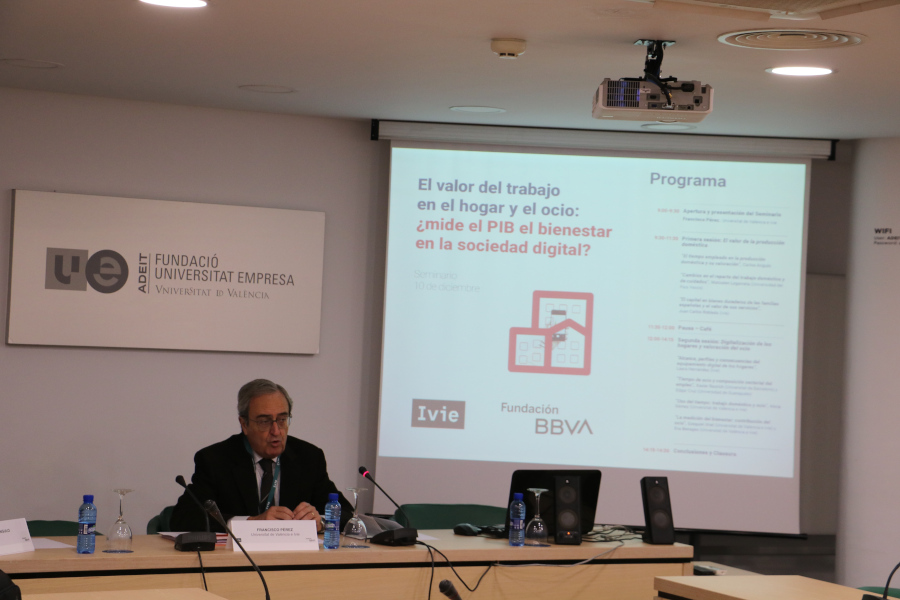 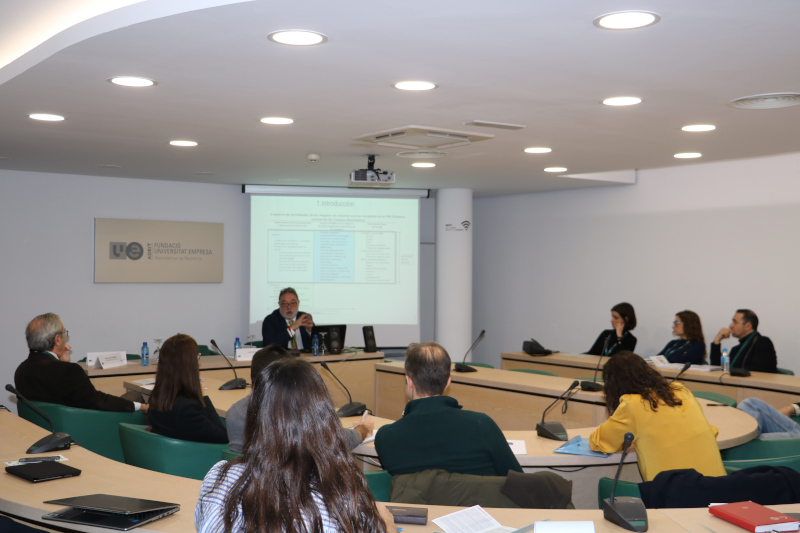 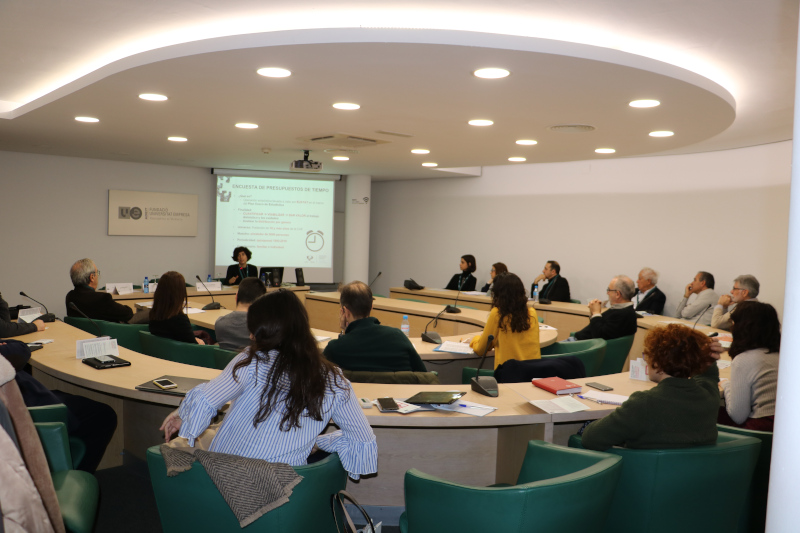 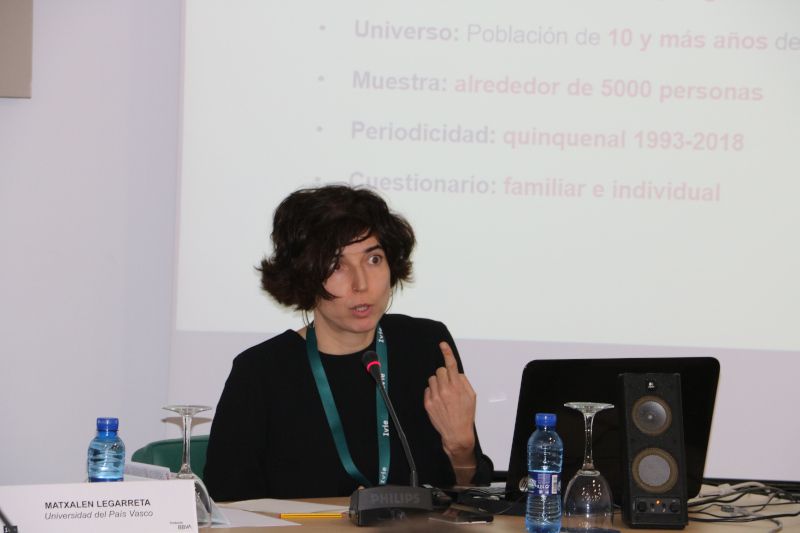 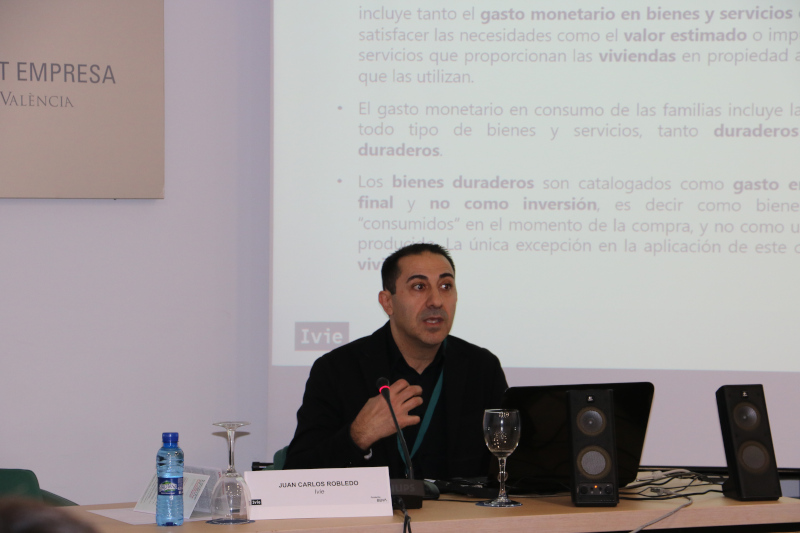 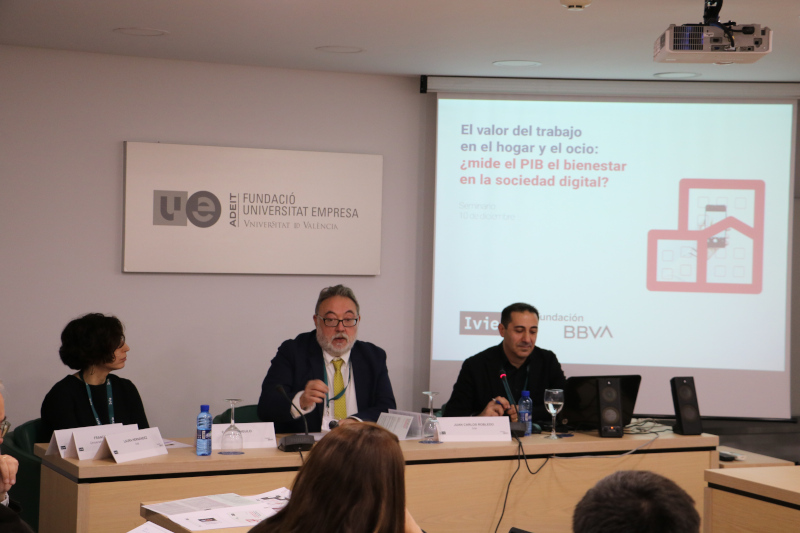 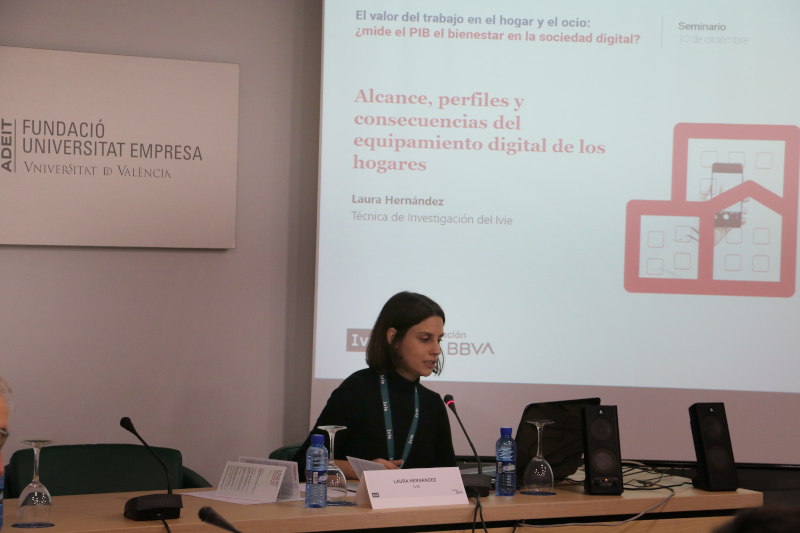 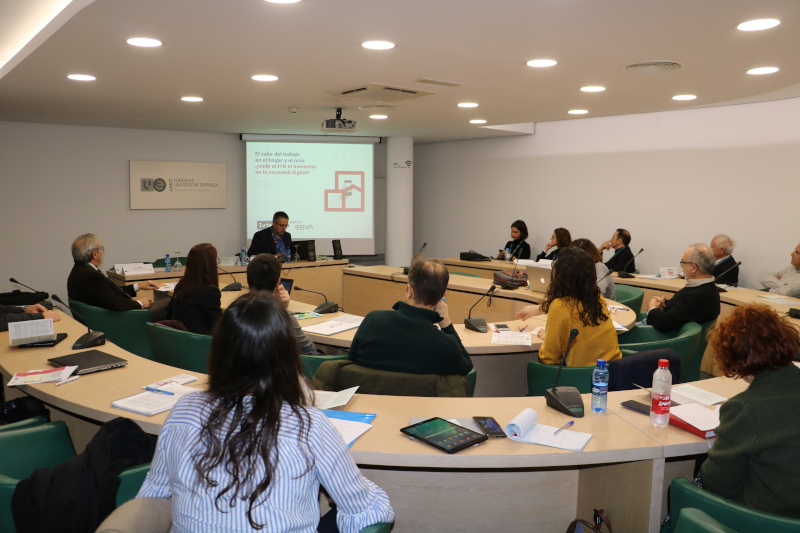 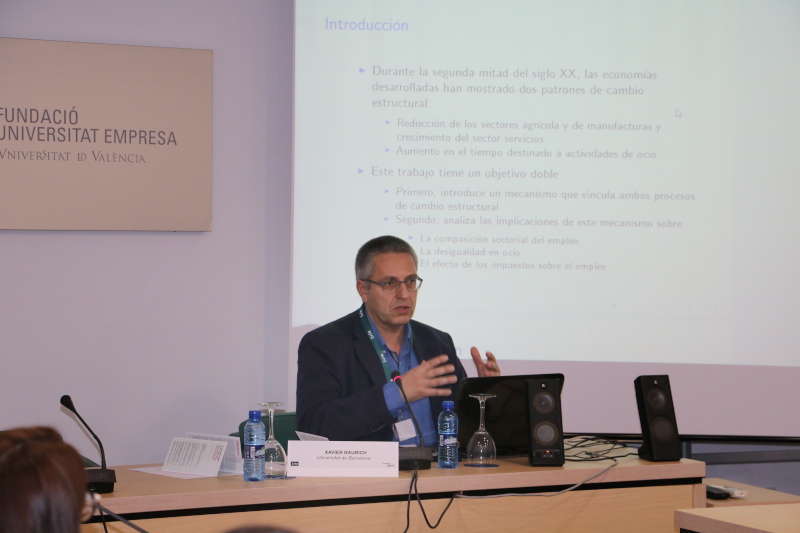 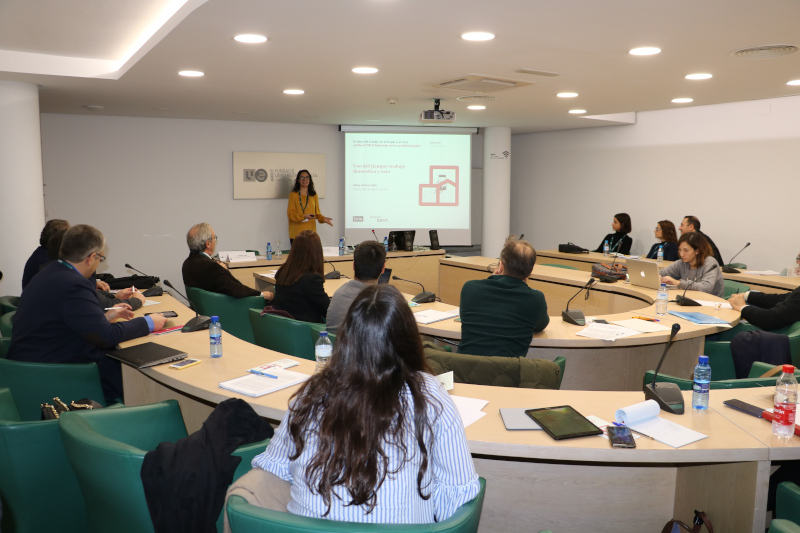 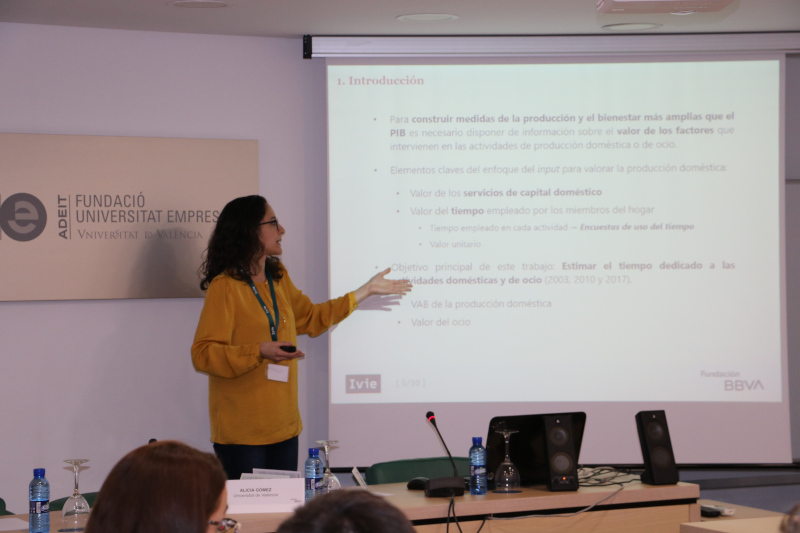 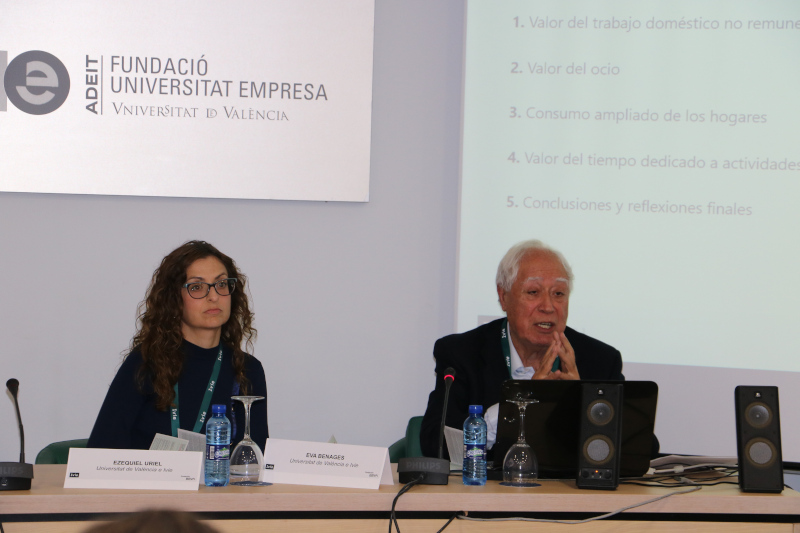 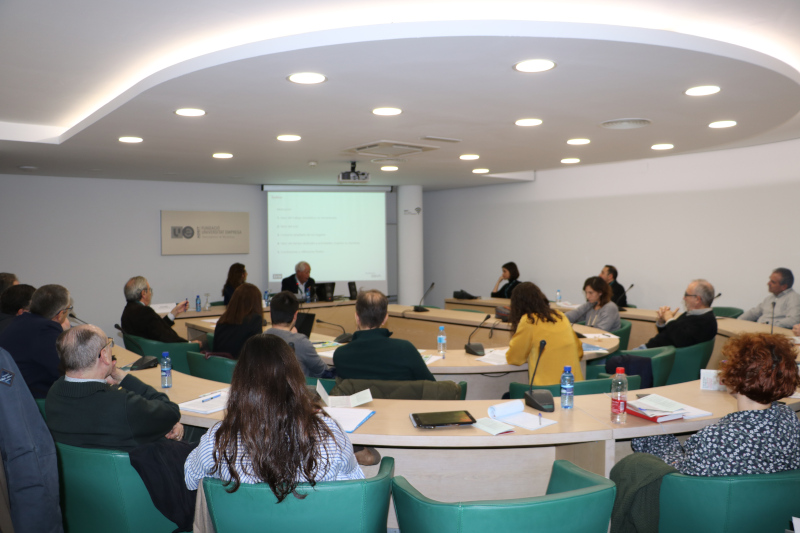