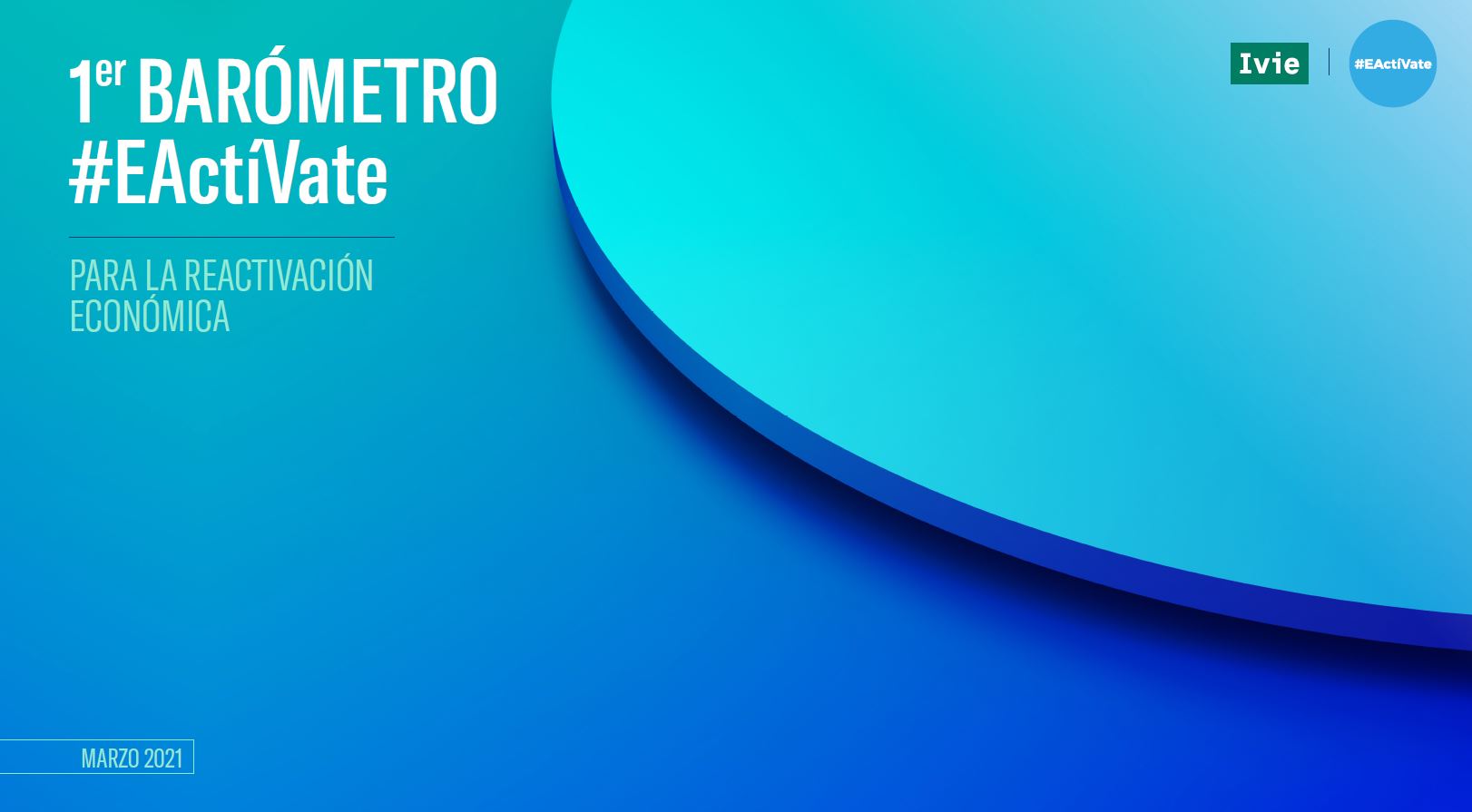 According to the EActíVate Barometer survey, 60% of firms will invest in digitalization in 2021

Ivie carries out an analysis of national economic indicators, along with a survey addressed to firms that participate in the EActíVate Barometer for Economic Recovery

The initiative EActíVate for Economic Recovery  has just published its first barometer of economic indicators, a study carried out by the Ivie that gathers information related to employability, productivity, digital transformation, sustainability and infrastructure of the business world in Spain. In addition, the study includes the results of a survey directed to collaborating businesses on their economic perspectives for the future. According to the survey, 59.9% of the 840 participating firms stated that they are going to invest more in digitalization during 2021. In addition, 38.5% expect to exceed their 2020 turnover and 21.9% hope to obtain at least similar results.

In sum, 18.1% of the firms surveyed believe that Spain’s economy will recovery in 2021, while 43.6% delay it to 2022 and 38.3% beyond that year. Regarding employment recovery, 29.5% of firms believe that their workforce will increase in 2021 with respect to the previous year and almost 47.5% anticipate that it will remain the same.

In relation to measures that will help accelerate the reactivation of the economy, 72% conclude that the firms most affected by the crisis should be granted aids, while 62.1% also highlight the need to reduce administrative bureaucracy.

The first EActíVate Barometer offers information on 20 indicators organized according to five major areas: employability, productivity, reinventing oneself (digital transformation), sustainability and infrastructure. According to the data collected in the report, despite the crisis, jobs were created in 14 of the 88 sectors of the Spanish economy during 2020, namely, those related to ICT, ecommerce, agriculture, food processing, retail and healthcare. Also, as reported by the Digital Economy and Society Index (DESI), Spain has made progress in digital performance, standing at 57.5 points, five points above the European Union average of 52.6 points. The year 2020 has been key in digital transformation and also the year in which many firms and workers adapted to teleworking, which was implemented by almost half of businesses (48.8%) during the state of emergency, compared to 14.8% before the pandemic.

In the area of sustainability, the Barometer also highlights during 2020 an increase of 84% in the registration of plug-in hybrid electric vehicles and 43% of electronic vehicles. Regarding investment in infrastructures, there was a decrease of 11.6% from January to November 2020. Thus, the Barometer urges the activation of investment in infrastructure which serves as a driving force for economic recovery.

According to Joaquín Maudos, Ivie Research Deputy Director, “it is important to highlight that even in such an unfavorable environment as the one created by the pandemic, there are companies that have shown resilience, adapting to new circumstances and taking advantage of them to drive digital transformation”.

The EActíVate initiative, with more than 5,500 members from the business and professional world, was born out of the movement #EstoNOtienequePARAR (#ThisDoesNOTHaveToSTOP) created on 16 March 2020 to give visibility to the work carried out by entrepreneurs, employees and freelancers during the crisis.