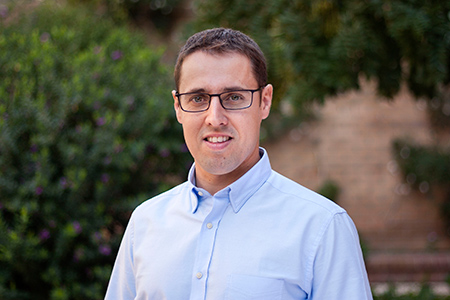 Graduate in Business Administration (2005) from the Universitat of València, he holds a Master’s Degree in Globalization, majoring in Economic Integration (2011) from the same university, graduating with special honors in both degrees. During his academic studies, he collaborated with the Business Administration Department of the Universitat of València and worked as a market analyst in the IVEX office in Cuba. He also worked as an auditor and strategy consultant at Deloitte and T-Systems. In 2007, he joined the Ivie’s technical research team. He has participated in more than 30 research projects developed by the Ivie for public and private institutions and the European Union. In 2019 he was appointed General Director of the Economic Model, Regional Funding and Financial Policy of the Valencian Regional Government, returning in May 2021 to his position as a research technician at the Ivie .

Fields of research: intangible assets (R&D and technological innovation), sustainability, strategic planning, and the analysis of the Valencian economy

Extended version of the curricula