The 3rd dialogue of the series “Crisis and catharsis: Lessons learned from COVID-19”, organized by Ernest Lluch Foundation and Ivie in collaboration with Bancaja Foundation, on environmental problems and their effects on the economy had a mix of optimism and pessimism. Xavier Labandeira (Director of Economics for Energy) and Lara Lázaro (Senior Analyst of the Energy and Climate Change Program at the Elcano Royal Institute) stated that there is still a chance to prevent the climate crisis from worsening if “swift and forceful action” is taken.

Climate change is caused by greenhouse gas emissions, mainly from combustion from key sectors such as energy and transport, although deforestation is also affecting it seriously, according to Xavier Labandeira. The impact of climate change can be divided into those that develop slowly, such as the rise in temperatures or sea level, and faster ones referring to extreme weather that causes floods or droughts. In Lara Lázaro’s opinion, tourism may be the most affected sector since touristic areas and current climatic comfort may experience changes. In this sense, she commented that Spain is one of the most vulnerable countries.

In addition, she provided data on how estimates of the economic impact of climate change have moved towards more negative figures, explaining that “according to recent studies, the climate crisis could imply a drop in GDP ranging between 5% and 20%”.

Although these forecasts are global since the problem is worldwide, both speakers highlighted differences among countries in both production and level of impact of climate change. “Developed countries are the ones that have contributed the most to the generation of greenhouse gases up until 2006, when China became the main producer. However, developing countries are always the most vulnerable, and in this case, the ones that suffer the most from the effects of climate change and have less capacity to react,” said the economist.

For Xavier Labandeira, the problem has an immense distributional implication for which corrective compensation policies are needed. The two speakers agreed that it is an intergenerational problem, with major, irreversible impacts that call for urgent actions given that room for maneuver is limited.

In this sense, Lara Lázaro stressed the importance of international climate funding and the commitment acquired by developed countries of allocating 100,000 million dollars a year to finance actions that curb greenhouse gas emissions in developing countries . For Lazarus, this year’s Glasgow Summit will be the most important since the 2015 Paris Summit because it looks to further develop some of the agreements acquired in Paris and also to commit participating countries to greater ones, such as, reaching the goal of zero net emissions by the second half of the century.

According to recent predictions, and despite commitments already taken on by various countries, global greenhouse gas emissions will be 16% higher in 2030 than in 2010, while, according to scientific research, in order to limit the rise in temperatures to under two degrees, gas emissions must be reduced in 2030 by 25% to 45% the amount in 2010.

For Xavier Labandeira, it is necessary to move from words to actions to properly implement climate change policies. The Director of Economics for Energy explained that it is necessary to act on the replacement of fossil fuels with non-carbon alternatives, renewable energies; and also on energy efficiency, so as to not consume more energy than needed; and to protect the environment.

Other agents such as companies and people in general must get involved, not only governments with public policies. In Labandeira’s opinion, the European Union can serve as a benchmark for the world, since it is a decarbonized economy with low emissions and “can help others by giving them resources and new technologies, as well as information on which environmental public policies work.” 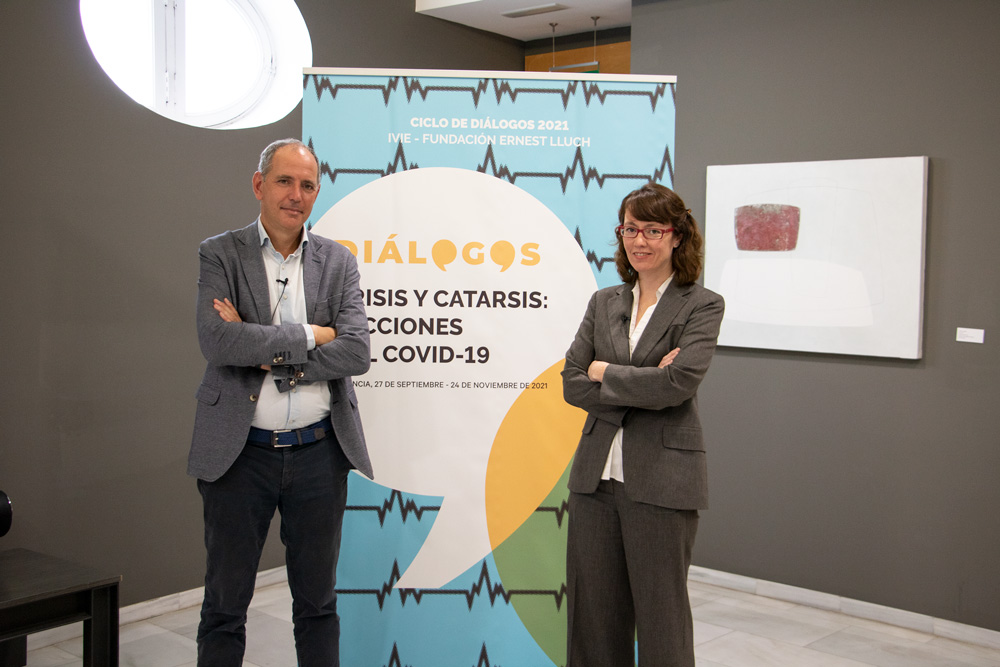