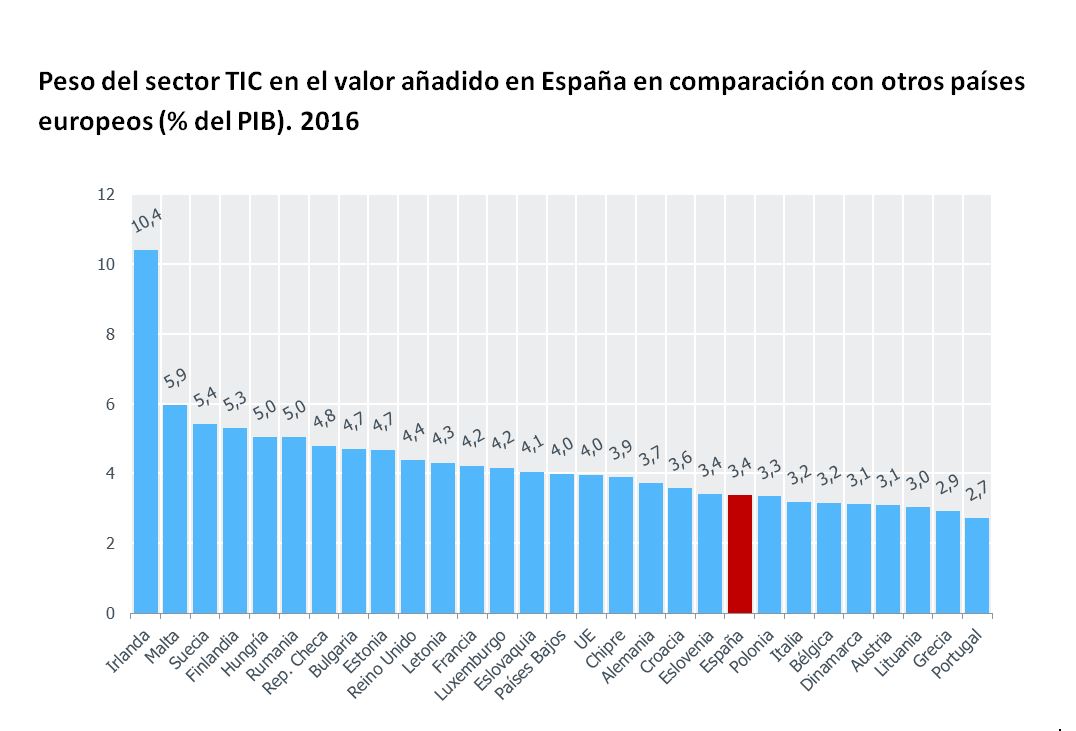 Spain is below the European average in ICT sector development, but has above average growth rates in employment and value added

The European Commission has just published the latest data available on the ICT sector developed by JRC and the Ivie which it uses to monitor the progress of one of its main initiatives, the Single Digital Market

In an international context, the United States takes the lead above the other countries because of its high ICT sector intensity and R&D expenditure (BERD) levels, but above all, due to its productivity.  Asian countries are more ICT intensive, while the European Union falls behind in ICT use due to emerging economies, particularly China.

The database generated through the PREDICT project currently covers the period 1995-2016, with some forecasted data for 2017 and 2018. The PREDICT project aims to monitor and follow-up the ICT sector in Europe and major world competitors, such as United States, Japan, China and South Korea, among others. The information included in the database is highly relevant, allowing an international and European comparison of value added, employment, productivity, business (BERD) and government (GBARD) expenditure in the ICT sector.