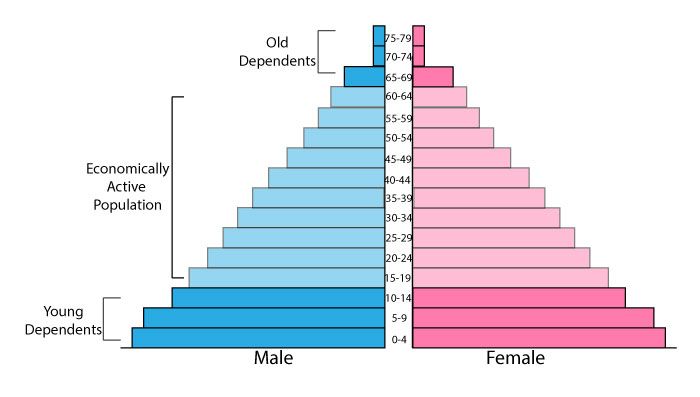 This paper provides an alternative way of measuring human development that takes explicitly into account the differences in the countries’ population structures. The interest of this proposal stems from two complementary elements. First, that there is an enormous diversity in the population structures of those countries analysed in the Human Development Reports, particularly the shares of old people in the population. Second, that demographic characteristics are relevant in the evaluation of development possibilities. We propose to change the way of measuring health, education and material wellbeing, in order to take into account those differences in the population structures. Regarding the health component, we substitute Life Expectancy at Birth by Life Potential (the average life expectancy of the current population); concerning education, we change the average between Mean Years of Schooling and Expected Years of Schooling by the Education Potential (a variable that mimics life potential in this context). As for the material well-being, we propose using the Gross National Income per adult, instead of per capita, while keeping logs in the evaluation. The resulting indicator, called Demographically Adjusted Human Development Index, is the geometric mean of the three new variables suitably normalised. We analyse empirically the effect induced by these changes in the evaluation of human development by comparing this way of measurement with the conventional Human Development Index (HDI) for 168 countries.